Apparently bigger is better. I missed the memo, because even though I have longer-than-average fingers, I still prefer smaller phones.

These are key aspects I expect from a phone. To me, making smartphones larger makes them worse at being mobile devices. The Moto X Pure Edition may be a phablet, but the Moto G is nearly an inch smaller, and the cheaper Moto E is relatively tiny these days thanks to its 4. Others refuse to buy a device that ships without one. But when it comes it budget phones, you can almost be certain the device will let you stick in your own microSD card. Granted, this is usually because manufacturers cut costs by sticking only a little bit of memory in cheaper handsets, which limits how many apps you can have installed.

Whatever your reasons, the following are a few things that You can also pull out your phone in any part of town without attracting attention to your wealth. This peace of mind gives you the freedom to go where you want and do what you want to do without worrying if your phone will hold you back. This is good. Your phone should adapt to your life, not the other way around.

Slow down. Picking up just any Android handset remains risky business. Walking into the carrier store and picking the cheapest phone is still likely to leave you with a piece of junk. The easiest recommendation right now is the 3rd generation Moto G. Though if you want to spend less money or grab something with a smaller size, the cheaper Moto E is the best device you can buy in its price range. Still, phones that are marketed as low-end or mid-range will always come with some tradeoffs.

The speakers may not be as loud. Does it do what you need it to do? What are your thoughts on budget Android phones? Do they still leave you feeling disappointed?

What about the flagships? Express yourself in the comments below. Your email address will not be published. Where the flagship phones went wrong is that they are trying to be too much like iPhones by copying the worst features. They call 'em iBricks where I come from. Drop it and oh dear, it's either bricked or bricken. Either way yer stuffed. I'm looking for a cheap Android phone that is easy and cheap to replace the screen - for my kids.

Most of the newer models from the off-brands are fast, powerful and clear enough for my kids. My biggest problem is broken screens - my kids break them often. Finding cheap, easy to replace 3rd party screens for iPhones and Samsungs is easy. It's much harder to find and then replace the screen on Lenovo, Asus, Akai and other phone models. Anyone have experience?

LG L 34C. It is a good little phone. They all have a slot for 32gb micro SD card, they all have OTG USB, they all have a user replaceable battery and they vary from dual, quad to octa core with display sizes from 4 inches to 7 inch phablets. Even a dated 4 year old phone running Version 2 sofware has been recycled for use as a talking book MP3 player for the simple reason MP3 players don't remember where you stopped listening for the night when you turn it on again next evening.

Sure I could use this phablet as a phone but I'm more than happy with my 5. 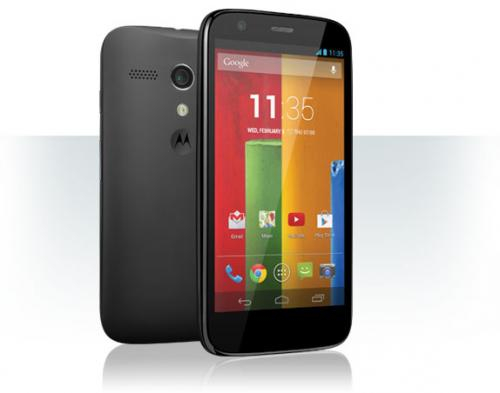 I only update with WiFi and do minimal voice or text messaging, mainly checking email and weather during breaks at work. Finally though, I ended up with a pretty decent Sony Xperia Z1 - brand new from Outlet store at a lower price than many were charging for used models - ok, so it's not the latest, but I was pretty much looking for Z1-Z3 as there is not a massive difference - some minor improvements in some areas. Size - a compromise - at the same price, had a choice of Z1 or Z1 Compact, and while I was originally favouring the compact, moving on from a Sony C, after a spell with Android on the Y, I knew I wanted as much screen real estate as would comfortably fit in hand and pocket - I tend to do more screen use than phone use on it, compared to the painfully small screen of the C Have you heard about Android One series?

It's been over a year since it was launched. But it received official Marshmallow last week. Isn't it worth mentioning while flagship phones are still waiting in the queue? Android One is 4. Proximity, Light, and Accelerometer sensors. Isn't this better than premium phones which use gimmicks to lure people, with features we hardly or never even use?

People need to maintain their status by flaunting bigger and costlier phones. They shy away from such devices not because of the specs, but the price tag. I made the mistake of buying S4 mini in which didn't even get Lollipop. I won't do such a mistake again in I got 2 S4's one got Lollipop and the other is stuck at Jelly Bean. The only phone in the world that is guaranteed to get update is iPhone. How could I have forgotten to mention Android One? I've covered those devices since launch, and I'm glad to see Google working with manufacturers and carriers to make phones affordable.

I've never seen any of the hardware in person. Still, I'm very glad you brought it up. I could survive without it, but I currently miss having one. And no RAW shooting. Still firmly in second place though.

Is there anything else I've overlooked? I'm trying to aim for that tier just below 'flagship beaters' like the Oneplus 3T.

My Nexus 6p. In white. Foliage 3, posts 68 months. I have an honor 6x its awesome Also the new nokias are out soon might be worth a look. I looked into a similar thing last year and found the LG G5 is probably the best camera-for-the-money option you can buy among Android smartphones. You can get a camera add-on that snaps onto the phone but it's barely more than a gimmick so I wouldn't bother. You should get a OnePlus 3 or 3T.

Fairly soon the OnePlus 5 is coming out and the second hand market will be flooded with 3 and 3T. A couple of colleagues have bought the Oneplus and are pleased with it. I don't know if the camera is as good as my Nexus 5X. Ticks your other boxes for storage, performance and screen size.

Another option, if you can find it in budget, is the Huawei P9. I've had a play with the P9, as a friend has one, and the camera and screen are excellent. Edited by nmd87 on Friday 17th March